In the first few months of 2022, law enforcement partners from all throughout Colorado reported that they have already confiscated more illegal fentanyl than they did the whole previous year. Data from the Rocky Mountain High-Intensity Drug Trafficking Area showed that more than 2,000,000 units of fentanyl had been taken from local Colorado communities so far this year.

These numbers are massive and very concerning. In this guide, we’ll explore what’s happening in terms of the fentanyl crisis in Denver– and how a Denver drug crime lawyer can help you if you’ve fallen victim to fentanyl addiction.

Fentanyl is a very potent painkiller. Like morphine, codeine, oxycodone, and methadone, it is an opioid. For patients with chronic, severe pain, a slow-release patch containing fentanyl is most frequently administered. It may be extremely efficient and secure when utilized in this manner. When taken improperly, fentanyl is extremely deadly since it is significantly stronger than most other opioids—up to 100 times stronger than morphine. An overdose and death can result from even a modest quantity. Fentanyl patches that have been sold by or stolen from patients who were prescribed them are two possible sources of street fentanyl.

Fentanyl can be purchased as a powder or as a pill, and it can be added to other substances like heroin or cocaine. This particular kind of fentanyl is frequently offered as another drug, causing unaware consumers to ingest, snort, or inject it. People have overdosed often because they were unaware that the medication they were taking was fentanyl-contaminated.

According to a UCHealth medical toxicologist, fentanyl is unquestionably the substance that doctors in Denver are treating the most frequently in overdose cases. Fentanyl overdoses are now as prevalent as having a stroke or a heart attack, according to Dr. Kennon Heard.

Heard treats both those with substance use disorders and—more often—occasional users who regularly mistake fentanyl for another medication. Over the previous five years, fentanyl use in Colorado and the south metro area of Denver has increased. Still, since 2020, when the drug surpassed methamphetamine as the number one killer in Colorado, it has exploded in use.

Data from the CDPHE demonstrates that the rising prevalence of fentanyl on the drug market is also reflected in the rise in overdose fatalities in the south metro area between 2015 and 2021. 101 fentanyl-specific overdoses, or 56% of all recorded overdoses that year, were reported in Arapahoe County in 2021. In 2020, there were 69 fentanyl overdoses, accounting for over 47% of all overdose deaths; despite this, fentanyl remained the most common opioid to cause overdoses in that year.

As a result, there is a disagreement between law enforcement and harm reduction proponents on how to effectively address the growing issue that claimed the lives of more than 900 Coloradans last year. The Fentanyl Accountability and Prevention Act, a new state legislation that took effect on July 1st, 2022, is also slated to reexamine the ideas of criminalizing drug users vs reducing their risks.

Law enforcement officials in Colorado stated earlier in July 2022 that after several months of undercover investigation on people accused of supplying illicit fentanyl tablets, millions of lives may have been spared. In April, authorities in Aurora removed almost 170,000 pills from a car outside an apartment building. 30,000 fentanyl tablets were seized during an unrelated traffic check of a car on I-70 in February as it was traveling in the direction of Tulsa, Oklahoma. Following undercover raids and wiretaps between December 2021 and May, both cases were consolidated, and eight individuals were finally charged in both instances in June.

According to police, the inquiry that eventually led to a combined wiretap investigation involving the Judicial District, the Drug Enforcement Administration, and Denver police forces started in December 2021. Over 1,000,000 fentanyl tablets had been seized in Colorado as of March 31; however, reps from the DEA seem to think that amount has doubled just a few months ago.

As the tablets arrive, it is challenging to maintain the computations current in real-time. More than 2,000,000 units of fentanyl have been taken out of Colorado so far this year, according to the law enforcement authorities’ report from last month. Such large amounts of fentanyl raise concerns resembling those raised by WMDs. Few have seen anything like what fentanyl has been doing to Denver communities when we examine the worst conceivable results of this poison being pushed out in big quantities in our communities.

According to data from the American Centers for Disease Control and Prevention, illicit fentanyl killed 709 people in Colorado in 2021. It claimed 64 lives in the state in 2015. More than ever, people using illegal drugs have been spotted on state roadways. The amount of fentanyl found in pounds on Colorado’s roadways rose by 403% between 2017 and 2016. Besser claimed that money travels south while lethal narcotics travel east along the I-70 and I-25 corridors.

Is Harm Reduction the Solution?

The idea of harm reduction is a controversial one, according to Harm Reduction Action Center director Lisa Raville. However, she claims that the criminalization of the substance, as well as other drugs, has historically led to more serious overdose outcomes.

As it currently stands, the goal is to get fentanyl off the streets as quickly as possible and to defend individuals who have fallen victim to this addictive and potentially deadly poison.

A Denver Drug Crime Lawyer Who Will Fight For Your Case

In Colorado, you do not need to provide evidence of your innocence to have your drug charges dropped. It is the responsibility of the Colorado prosecution to establish your guilt beyond a reasonable doubt. Employing a capable drug charge defense lawyer will improve your chances of a successful conclusion, and in certain cases, a Colorado drug charge-discharge.

You should contact a drug defense attorney who defends drug charges in Denver once you have been charged with a drug offense in Denver, received a summons to appear in court, or are the subject of an investigation. To retain Steven J. Pisani’s legal services in relation to your Denver drug charges, get in touch with The Law Offices of Steven J. Pisani right now. Drug accusations in Colorado are taken extremely seriously, and they may result in mandatory prison sentences, other severe penalties, and a criminal record that will have a long-term negative effect on your life. In your drug case, an early defense might make the difference between a conviction and a charge being dropped or another favorable outcome.

What do you think about the growing arrests for fentanyl in Denver? Tell us your thoughts in the comments. 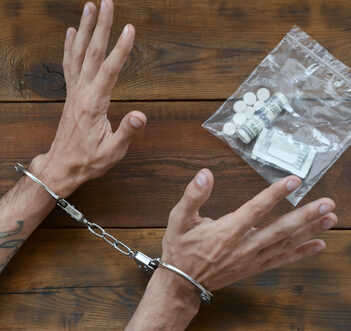